StatCounter conducted a special analysis of the take up of Edge by Windows 10 users. It found that Edge usage on Windows 10 peaked at 20.1% on 30th July, the day after the global launch, but fell back to 14.1% on the 31st August.

"Windows 10 came out of the traps much faster than Windows 8 and also exceeded the launch of Windows 7," commented Aodhan Cullen, CEO, StatCounter. "While it's early days, usage of Edge by Windows 10 users has fallen by six percentage points from its peak the day after the global launch." 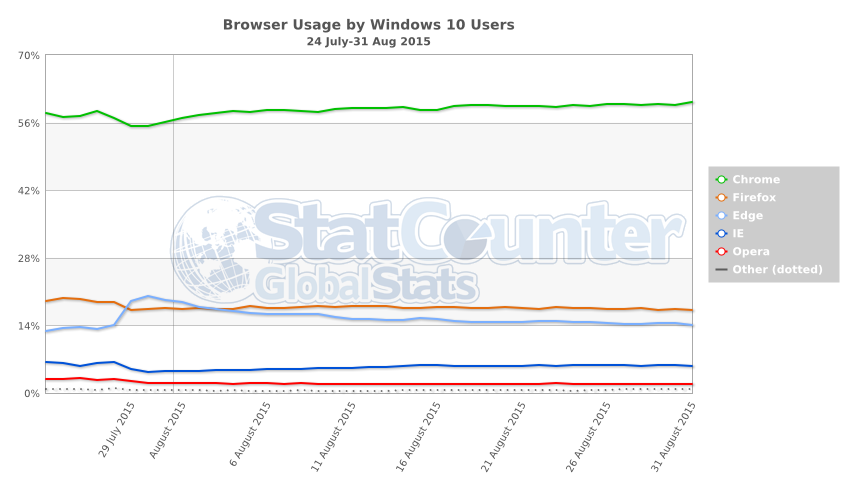 Worldwide usage of Windows 10 in its first calendar month (August) was 4.9% compared to 1% for Windows 8 and 4.1% for Windows 7 after their first complete month. (Table A)

StatCounter's (www.statcounter.com) core business is to provide companies, agencies, bloggers, self-employed and charities with the data to measure activity on their website, blog or forum. Key features include a free option, ease of use, independence and ability to view individual visitors in real time.