Its research arm Statcounter Global Stats finds that Windows 10 reached 42.78% in terms of worldwide internet usage compared to 41.86% for Windows 7. 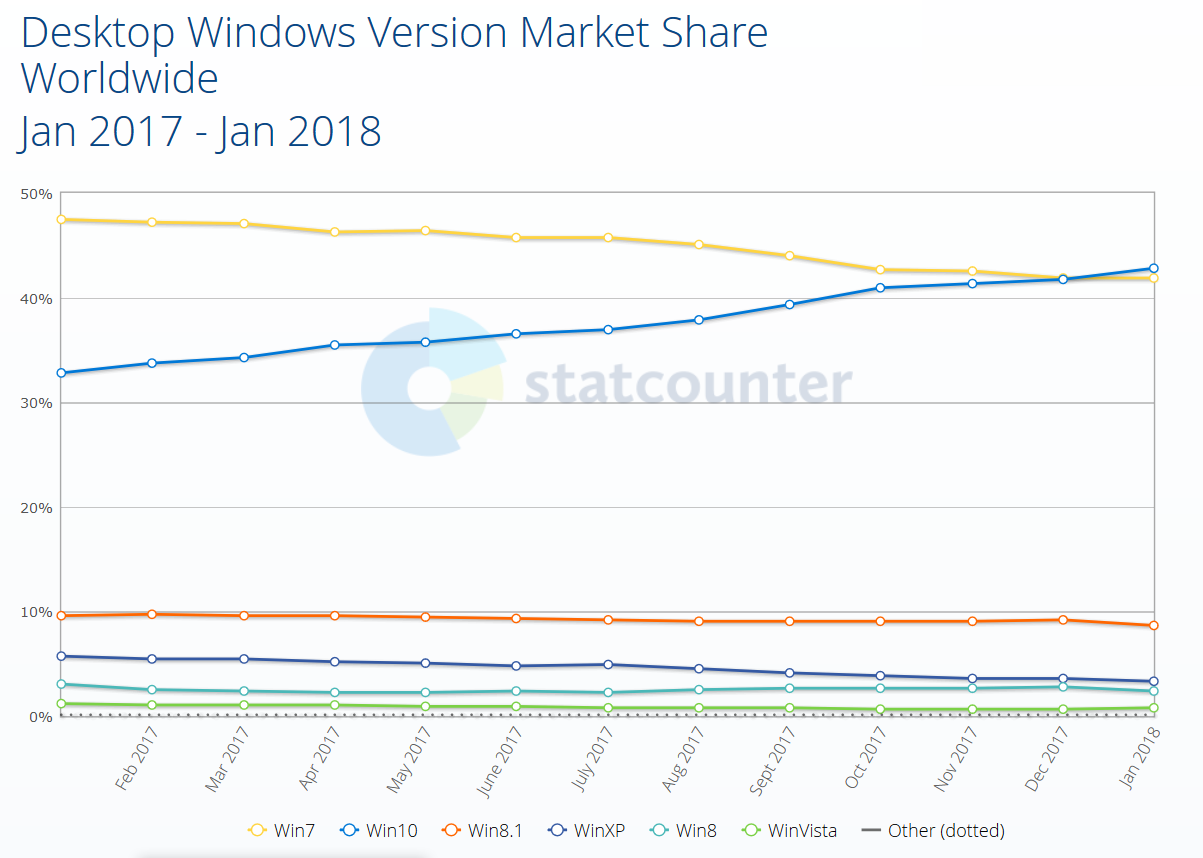 “This is a breakthrough for Microsoft,” commented Aodhan Cullen, CEO, Statcounter.

“Windows 10 was launched at the end of July 2015 and Microsoft will be pleased to have put its Windows 8 experience behind it. However, Windows 7 retains loyalty especially amongst business users. Microsoft will be hoping that it can replace it a lot quicker than XP, launched back in August 2001, which only fell below 5% usage worldwide in June of 2017.”

The data is based on Statcounter Global Stats. This provides media, researchers, analysts and interested consumers with a free service to help analyse internet wars as the major vendors battle for dominance across operating systems, search, browsers, desktop and mobile.

Statcounter (www.statcounter.com) last year launched an upgrade of its core website which provides web analytics, including a free option, to help companies, agencies, bloggers, self-employed and charities measure, analyse and understand visitors to their own sites.

Statcounter Global Stats data is based on over 10 billion page views per month to over 2 million websites. Further information: https://gs.statcounter.com/faq