Statcounter Global Stats reports that iOS 11 reached 42% of all iOS versions worldwide in October compared to 35.5% for iOS 10.3. On a daily basis, iOS 11 overtook 10.3 on October 12th, less than a month after its release on September 19th.

“Even by Apple’s high standards of migrating users, the rapid take up of iOS 11 has been impressive,” commented Aodhan Cullen, CEO, Statcounter.

He added that the rapid rise of iOS 11 has implications for digital advertisers. “iOS 11’s feature called Intelligent Tracking Prevention makes it harder for advertisers and publishers to track users online.” 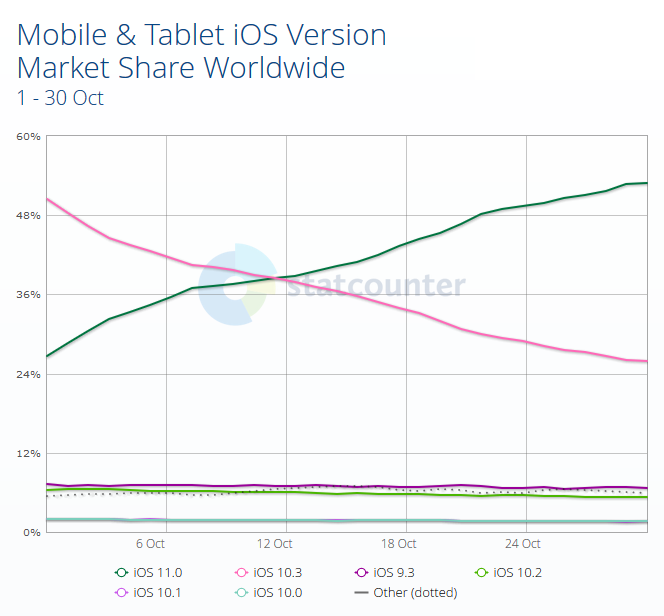 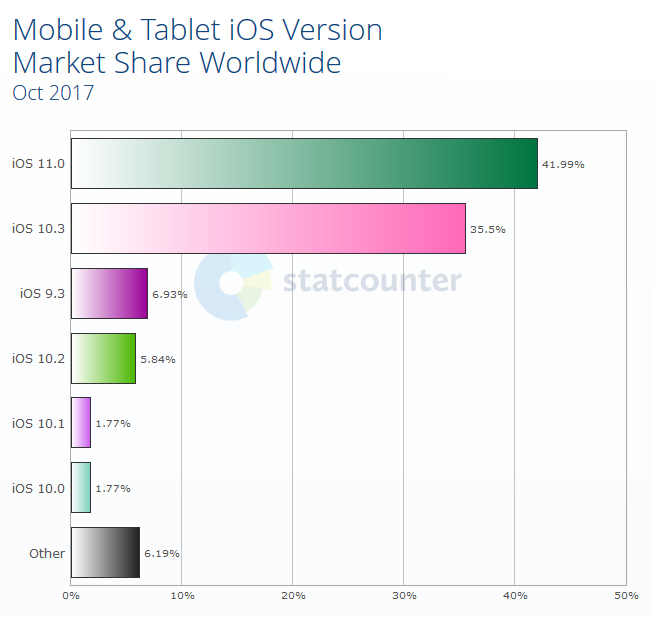 Statcounter has also announced a major revamp of its core web analytics site.

“Our goal has always been to make Statcounter the most useful, engaging and easy to use analytics app for our members,” commented Cullen. “Redesigned from the ground up, we want to make it easier than ever for members to understand their visitors and make the most informed decisions about their website.”

Statcounter (http://statcounter.com/) provides companies, agencies, bloggers, self-employed and charities with data to measure visitor activity on their website, blog or forum. It includes a free version.

Its research arm Statcounter Global Stats grew out of the volume of research material it was able to harness from 10 billion page views per month to more than two million websites.