Development would have been “unthinkable” five years ago

“Windows has won desktop war but battlefield has moved on”

The research arm of StatCounter, the independent web analytics company, finds that in February 2017, while Windows remained top of worldwide OS internet usage market share with 38.6%, Android came within striking distance on 37.4%. 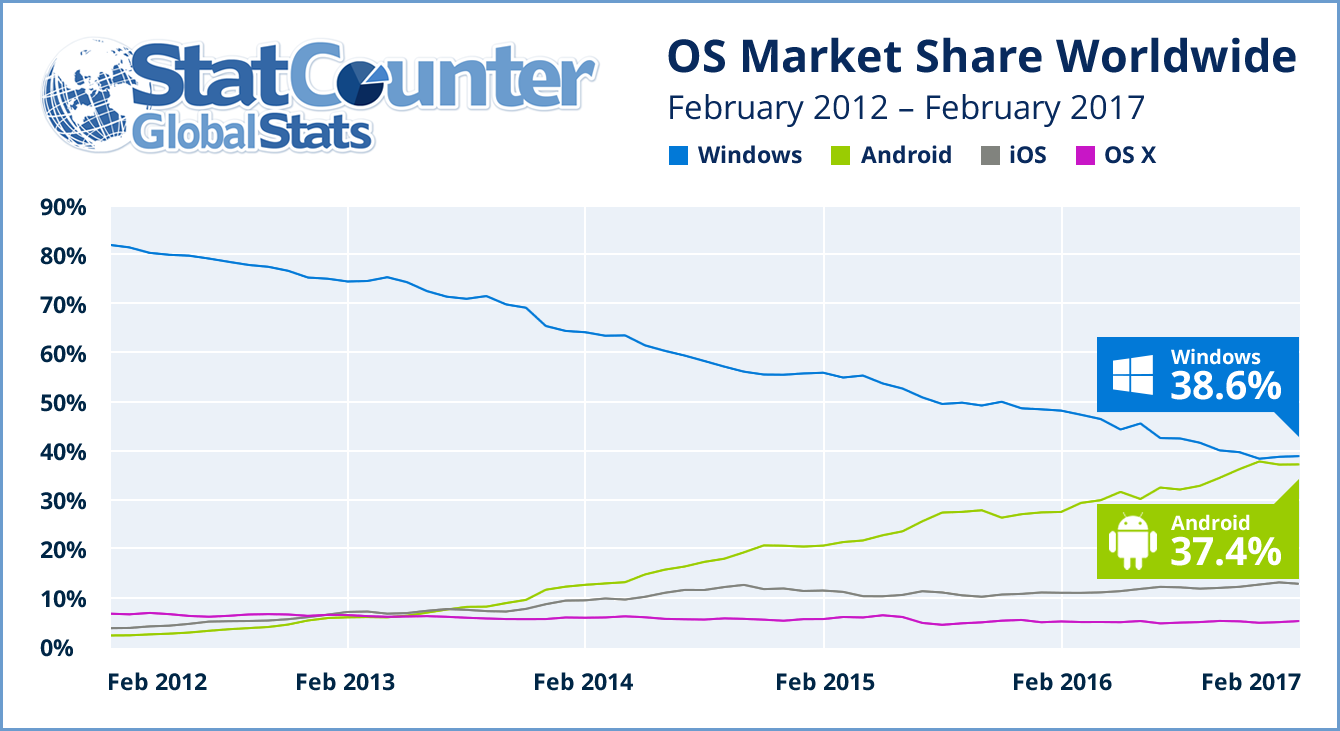 He said that the development was a function of the growth of smartphones to access the internet as well as a slowdown in sales of traditional PCs plus the impact of Asia on the global market.

“Windows has won the desktop war but the battlefield has moved on,” said Cullen.

StatCounter recently reported that in October 2016 internet usage by mobile and tablet devices exceeded desktop and laptop worldwide for the first time.

“Windows 10 will need to maintain momentum in order to combat the steady march of Android across all markets,” added Aodhan Cullen.

The data is based on StatCounter Global Stats for which the company has recently released a major upgrade. This provides media, researchers, analysts and interested consumers with a free service to help analyse internet wars as the major vendors battle for dominance across operating systems, search, browsers, desktop and mobile.

StatCounter (www.statcounter.com) has also launched an upgrade of its core website which provides web analytics, including a free option, to help companies, agencies, bloggers, self-employed and charities measure, analyse and understand visitors to their own sites.

“We’ve always focused on ease of use and with these upgrades we wanted to make both services even more intuitive, usable and accessible,” commented Aodhan Cullen.

StatCounter Global Stats data is based on over 15 billion page views per month to over 2.5 million websites. Further information: https://gs.statcounter.com/faq